Photojournalism is a field which many photography students aspire to enter. Is it right for you? And if it is, how can you get started working in it? Here is a general guide with plenty of tips to help you get started on this career path, with everything you need to know about photojournalism.

Let’s start with figuring out what is photojournalism, and what isn’t. There’s a fine line between photojournalism and documentary photography, but the distinction is important. The photojournalism definition you will find on sites like Wikipedia gives us this rigid framework: it is the practice of producing images to tell a news story, which must be honest and impartial in line with journalistic standards. The images have context relating to recent events, and should not be edited or manipulated.

A photojournalist is similar to a reporter, but uses a camera rather than the written word to tell news stories. He or she will often travel to places of particular note, or may live in a certain area in order to catch events as they unfold. You could be a war correspondent, or capturing events in your home town. Wherever you are working, your job is to bear witness to events and capture them in a way which will evoke something in the viewer. You should make them feel as if they were there to witness it themselves.

How to become a Photojournalist?

Photojournalism jobs may be getting thinner on the ground, as the modern era means that more people have smartphones and are able to capture events themselves. It’s cheaper for a publication to accept reader images than to pay a salary to a photojournalist, but that doesn’t mean that it is impossible to get hired in this field.

It’s probable that photojournalism jobs will always be around. There’s a certain skill set which not everyone has – the ability to capture and frame great images under pressure, optimizing the exposure and other settings, as well as standing your ground and taking the shots even in dangerous situations.

For this reason, civilians with smartphones will never replace photojournalists – it just takes a bit more tenacity to get into it. The first thing you need to do in order to start your career is to improve your skills. You can practice going to local events, like sports games, protests, or community fairs. Take images at these sites with the eye for putting them alongside news stories. You should also study papers and magazines, both in print and online, to see what kind of work is getting published.

If you think you have something worth publishing, you can approach a publication to see if they will pick it up. It’s up to you whether you charge for your first image or try to get it placed for free in order to begin your portfolio of clips.

After that, it’s all about continuing to pitch. The more you pitch, the more chances you have of getting paid for your work. Start going to where things are happening, and build a network of contacts with people in publishing. Get the email addresses for picture editors and learn what kind of content they publish.

You can also keep an eye out for staff positions, though you will need a portfolio to demonstrate your skill if you want to win a permanent photojournalism job. These are few and far between, so competition will be high. You may also choose to stay freelance if this suits you better.

10 Things to Know Before Getting Into Photojournalism

Here are ten things you should know if you are considering this career path:

Some people think that being a good photographer is about having a good camera. It definitely isn’t! A good camera might help the quality level of your shots, but what is important is having that photographic eye. If you don’t have this, you won’t be able to take good shots. Develop
your eye by constant practice – frame and reframe the world around you. What works? What doesn’t?

Photojournalism jobs can be dangerous. You might be working in a war zone, or at a protest, or even just walking along a street where a traffic accident could randomly happen. You need to protect yourself as much as possible. Have insurance for both yourself and all of your gear, and consider using automatic Cloud uploads so that your work is backed up at all times. You don’t want to risk life and limb only to lose your images! Keep your mind on safety and try not to compromise yourself in a way that would cost your life or cause serious injury.

While there’s something to be said for being on the ground at the biggest news stories of the year, this isn’t always the best tactic. Working with what you know can give you better results.
For example, if you’re really involved in climate change movements, you would be better off photographing protests and other climate change events rather than chasing a serial killer or providing coverage of skirmishes in Syria. You know the key players, you know the narratives, and you have insider information on what might happen and where – it’s just good sense to use these advantages.

Photojournalists are often freelancers, and this means you will essentially be running your own business. You need to know how to manage finances, negotiate contracts, protect your rights, and so on. Even if you are hired as an employee, you should know your worth and whether you
are getting paid enough. Understand what to charge, how to negotiate, and how to navigate your legal rights.

Get ready for rejection – a lot of it! You will need to pitch images in the thousands if you want to have hundreds published. Don’t send a single pitch and wait for it to come back – move onto the next one and keep going. This is the only way you’ll get enough of an income to live on. Rejections can happen for many reasons other than the quality of your work: the editor might have had another submission already, they may have a staff photographer working for them, they might not be covering the story, they might wish to show a different viewpoint…

As a photographer, you might think most of your time will be spent taking pictures. Not so! You will find the majority of your time taken up by editing, pitching, invoicing, negotiating, chasing payments, managing your archive, updating your website, marketing yourself, and so on.

There is, sadly, a lot of unethical photojournalism out there. There have been countless scandals of Photoshopped images, misrepresentation and staging, and so on. Don’t be tempted to let your own opinions, or the chase for big bucks, to lead you into these tricks. When they are discovered, they can be career-ending. Stay true to the ethics of photojournalism, which require honest observation only. Don’t interfere or try to change events as they unfold around you.

Think photojournalism will get you rich? Think again. While there have been those singular instances of images going viral and becoming long-term royalty earners, most of the time this doesn’t happen (and if you sold your rights, you won’t see any further profit anyway). According to a survey done in 2016 by World Press Photos, the vast majority of professional photojournalists earn less than $40,000 a year. You’ll need passion to drive you forward in this industry, not a desire to get rich.

9. Prepare for a lack of diversity

There isn’t a whole lot of diversity in photojournalism – white men make up the wide majority of the professionals working in this field. If you don’t fall into that category, prepare to meet some resistance. Things are starting to get a little better, with representation groups and calls for
more diversity in the industry, but it will still be a struggle to make it.

The quickest way to get noticed in this field is to develop your own personal style. It will help you to stand out from the crowd – and make your pitch the one the editor chooses out of all those in your inbox. It’s also more likely to get you assignments, where you know you’ll be paid
at the end of it.

Here are some brief examples of the situations which have produced the best photojournalism so far in 2019:

Mass shootings aftermath: Photojournalists took to the street to capture the candlelit vigils and aftermaths of mass shootings in El Paso, amongst other tragedies in countries around the world

The search for Nora Quoirin: Photographers joined search parties on the ground to see the efforts in person, capturing the rescuers as well as family members in their desperate attempts to find her.

Anti-government protests in Hong Kong: Photographers observed and took images of protestors who came out in force against the government, as well as the police response. Action shots, depicting the throwing of bricks or attacks by police officers, have huge resonance.

European heatwave: Photojournalists captured images of people and animals trying to stay cool, including unusual takes such as animals in zoos being given frozen fruits to eat.

Election of Ursula von der Leyen – Photojournalists were there on the scene to capture the exact moment the new President of the EU found out she had been elected, and to see her genuine response.

Women’s World Cup: Photographers captured moments of victory, behind the scenes talks and quiet moments, and other scenes as the US women’s team won the title.

Pride: Each year, the Pride parades around the world offer chances for photojournalists to capture huge moments – and this anniversary of the Stonewall Riots was a particularly special one.

Robert Capa - This photojournalist is best known for his war coverage. Capa was keen to get up close and personal with the action, though this ultimately cost him his life. He was a co-founder of Magnum Photos and some of his shots remain the most famous in the world.

Matthew Brady - Known as the father of war photography, Brady had to get permission from Andrew Lincoln to go and photograph the Civil War for Harper’s Weekly. His heavy, clunky equipment meant he could not easily get into the action, but he was always quick to cover soldiers in camps and the aftermath of battles. His images were so early that they could only be printed as engravings in the magazine at first.

Dorothea Lange - her portrait of a migrant mother is said to be one of the most seen photographs of all time. She took this and many other shots while documenting American migrants and the poor, which was seen as a work of social awareness at the time.

Henri Cartier-Bresson: a man whose influence is felt in almost all spheres of photography, Cartier- Bresson was also considered one of the fathers of photojournalism. His style, which often involved walking around cities to see what he could capture, combined the artful framing of the flaneur with
current events and clever social commentary.

Albert Eisenstaedt: a sailor bends a nurse backward as he plants a kiss on her in Times Square. You know the shot! Eisenstaedt was there at many moments of cultural importance in the forties, fifties, and sixties – and beyond.

If you came here wondering what is photojournalism, you now have your definitive answer. As to whether it is the right career path for you, only you can answer that. You will need determination, guts, passion, and business sense to succeed – as well as the ability behind the lens. But if you can work alongside the top names in this field, you may just contribute something to our history books – and make a name for yourself that will never be forgotten. 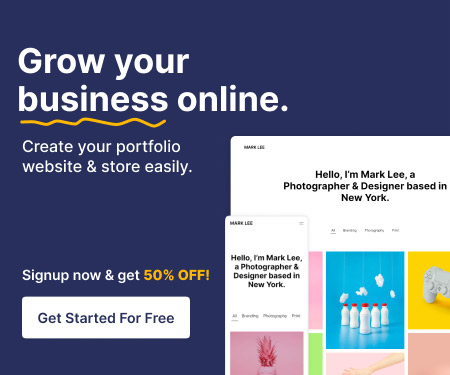 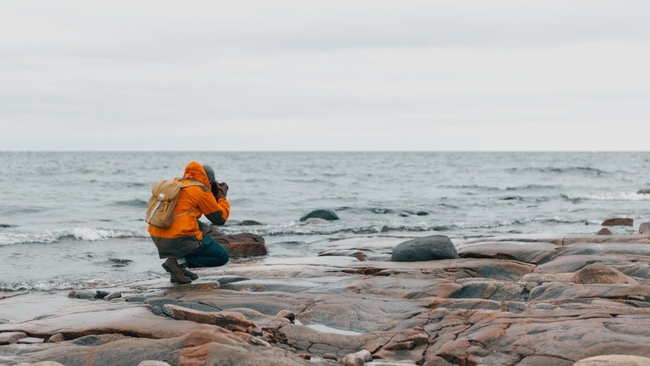 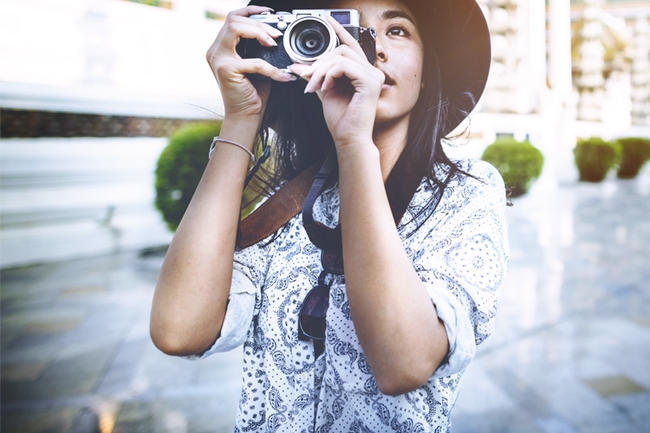 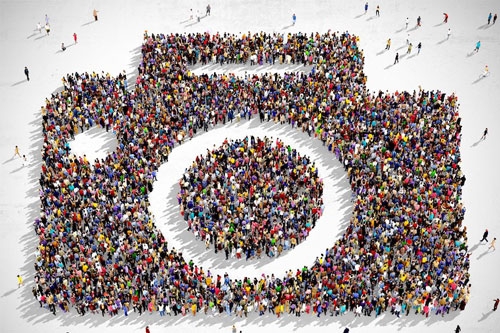 Get Started - It's Free 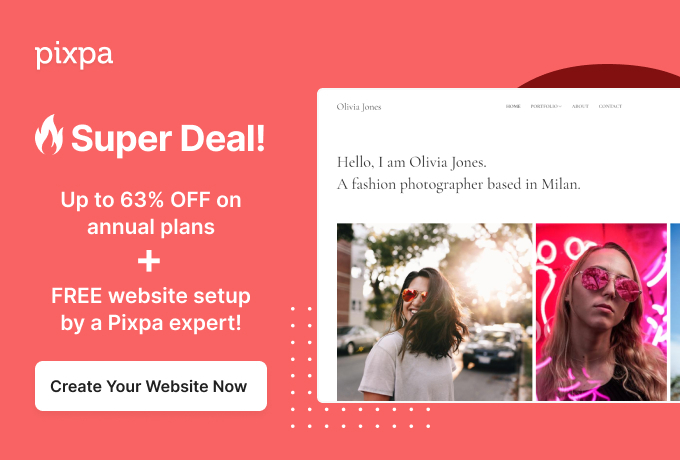